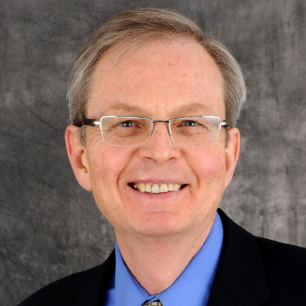 Electrodeposition of Transparent and Flexible Electronics

Jay A. Switzer is Chancellor’s Professor at Missouri University of Science and Technology and University of Missouri Curators’ Distinguished Professor Emeritus. He also is a Senior Investigator at the Materials Research Center. Switzer received his BS degree in chemistry from the University of Cincinnati, and his PhD degree in inorganic chemistry from Wayne State University under Professor John F. Endicott. After receiving his PhD degree, he joined Union Oil Company of California (UNOCAL) as a senior research chemist. His research at UNOCAL was on photoelectrochemistry and the electrochemical processing of photovoltaic cells. In 1986, Switzer joined the Materials Science and Engineering Department of the University of Pittsburgh as an Associate Professor. In 1990, he moved to the University of Missouri, Rolla (now Missouri S&T) as a Professor of Chemistry. He became Curators’ Distinguished Professor in 1994, and Donald L. Castleman Professor of Chemistry in 1999. In 2020, he assumed his present position as Chancellor’s Professor. Switzer has spent most of his adult life working on the electrodeposition of nanostructured metal oxide semiconductors, magnetic materials, and catalysts. He is best known for his work on the electrodeposition of epitaxial metal oxides, oxide superlattices, chiral surfaces, and freestanding single-crystal-like foils. Switzer was elected a Fellow of the American Association for the Advancement of Science (2013), Materials Research Society (2015), Electrochemical Society (2018), and Japan Society for the Promotion of Science (2017). He served as Chair of the Gordon Research Conference on Electrodeposition in 2006. His awards include the 2003 Electrodeposition Research Award of The Electrochemical Society, the 2006 American Chemical Society Midwest Award, and the 2007 President’s Award for Research and Creativity by the University of Missouri system. He served as an editor for the Journal of Materials Research and Chemistry of Materials. In addition to his research, Dr. Switzer has served his profession by relentlessly promoting electrochemistry to the scientific community.