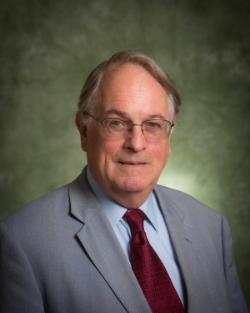 Stan Whittingham is a SUNY distinguished professor of chemistry and materials at Binghamton University and the 2019 Chemistry Nobel Laureate. He received his BA and D Phil degrees in chemistry from Oxford University. He has been active in Li-batteries since 1971 when he won the Young Author Award of the Electrochemical Society for his work on the solid electrolyte beta-alumina. In 1972, he discovered the role of intercalation in battery reactions, which resulted in the first commercial lithium rechargeable batteries that were built by Exxon. In 1988 he returned to academia at SUNY Binghamton to initiate a program in materials chemistry. He was awarded a JSPS Fellowship in the Physics Department of the University of Tokyo in 1993. He is presently Director of the NECCES EFRC based at Binghamton. In 2018, he was elected a member of the National Academy of Engineering and received the Turnbull Award from MRS. In 2019 he shared the Nobel Prize in Chemistry along with John Goodenough and Akira Yoshino  for the development of the chemistry of the lithium ion battery.  Whittingham’s contribution to the current lithium ion battery was that he made the first functioning lithium ion battery and later used titanium disulphide as the cathode. Goodenough’s contribution was the use of cobalt oxide as the cathode and Yoshino’s contribution was the use of petroleum coke as the anode. Thus the current make-up of the lithium ion battery.

© 2021 - Curators of the University of Missouri | UM System | Privacy Policy | Terminalfour
Missouri S&T is an equal opportunity/access/affirmative action/pro-disabled and veteran employer and does not discriminate on the basis of sex in our education programs or activities, pursuant to Title IX and 34 CFR Part 106. For more information, see S&T's Nondiscrimination Policy or Equity and Title IX.