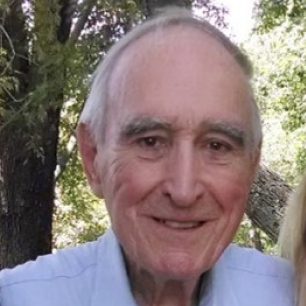 From an early age Bill was always interested in new things as evidenced with his first encounter with a Model T ford at age 4.  He was always enjoyed fishing. His leadership qualities emerged in high school as he became a Captain of Company K of the first Regiment of the military equivalent of what is now the ROTC. After high school he joined the military army aircorps in hopes of becoming a piolet.  Vision problems plagued him but his teaching abilities was recognized by his teachers which persuaded him to become a navigation instructor. This led him to Ellington field which is now NASA space field. He later volunteered to go to combat and became a navigator for the B29 super fortress bomber squadron stationed in Gaum.  He guided them to Gaum from California to Hawaii with great accuracy. After his military service, he went to Tufts University, majored in Chemistry and a minor in Chemical Engineering.  He went to Iowa State University for graduate school. He had a job offer from Purdue University to teach at their Hammond, IN campus but he chose to come to Rolla and teach at the Missouri School of Mines in 1953.

Dr. William J. James is Professor Emeritus of Chemistry and Senior Research Investigator Emeritus for the Graduate Center for Materials Research (GCMR).  Bill joined the chemistry/chemical engineering department at the Missouri School of Mines (MSM) in 1953 as an assistant professor of chemistry and has remained on the faculty since that time.  He played a key role in the preparation and establishment of a Ph.D. program in chemical engineering in 1960 and has served as the major advisor to the first recipient of the Ph.D. in chemical engineering on the Rolla campus.  He continues to advise and serve on graduate student committees to this day.  In 1961-62 he was a Fulbright Research Professor working in Nobel Laureate Prof. Louis Néel’s laboratory at the University of Grenoble on magnetic materials.  In 1964, when MSM was renamed the University of Missouri-Rolla (UMR) he co-founded with Dean Ted Planje the GCMR and served as director until 1975, and then served as director again from 1980 to 1982.  In 1978 the building was named Straumanis Hall in honor of Dr. Martin Straumanis, a metallurgical engineer and GCMR senior investigator who collaborated with Bill on the first research project funded by the National Science Foundation (NSF) and Atomic Energy Commission (now Dept. of Energy) on the Rolla campus.  As well as being director of the GCMR, he also served as director of the Center for Environmental Science and Technology from 1993 to 1997.  Bill has written 5 book chapters, 11 invited book reviews, is a co-inventor on 4 US patents, authored over 300 papers (nearly all in refereed journals), and has delivered over 60 invited presentations.  He is a recipient of the Thomas Jefferson Award, 1989; Missouri Academy of Science, Most Distinguished Scientist Award, 1996; Chancellor’s Medal, 1997 and is a founding member of the campus Academy of Chemists and Biochemists.  He is a member of the American Chemical Society, American Institute of Chemists, American Crystallographic Association, Materials Research Society, Sigma Xi, Sigma Pi Sigma, Phi Kappa Phi, Phi Lambda Upsilon, Alpha Sigma Mu and Alpha Chi Sigma.  Along with his many academic achievements, he was a pioneer in establishing start-up companies based on university research.