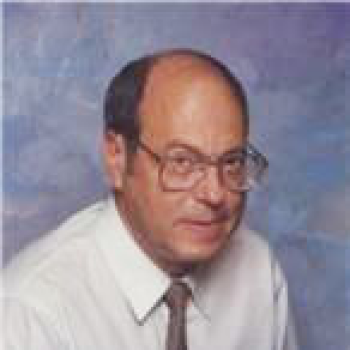 Fred Charles Hardtke passed away on Monday, June 13, 2016 at the age of 84 years. He was born in Chicago, Illinois to Fred C. and Antonia B. Hardtke. His parents preceded in death as well as his two sisters, Clara Hardtke and Eleanore Lack and his brother-in-law, George Lock. Fred is survived by one niece, Mary Ellen Palm, her husband, Paul, a grand-niece, Karen Syobota, her husband, Jason, and one grand-nephew, Erik Palm, his wife, and two grand-grand nephews.

Fred married Marjorie D. Marshall on April 3, 2004. One very special time came when the two of them flew to London and spent seven days sightseeing before taking a train to Southampton to board the Queen Elizabeth II (Cunard Cruise Line). On the ship, the couple toured Norway, the Netherlands, and Belgium. A continuation of the tour to Germany was scheduled but had to be cancelled because of work on the dock. Fred taught Sunday School Bible Class for eight years at the Lutheran Missouri Synod. He was a Bible class leader for two years.

He received his B.S. degree in chemistry at Illinois Institute of Technology and was in the upper 5 percent of his class standing. He earned his Ph.D. in chemistry at Oregon State University in Corvallis, Oregon (Hardtke, Fred Charles Jr. Photoconduction fatigue in colored potassium chloride. Ph.D. thesis. Corvallis, Oregon State College, 1959.  117 numb. leaves). Fred was an assistant chemist at Argonne Laboratory in Argonne, Illinois (19__-__), instructor at Oregon State University (19__-__), and he was an assistant professor at UMR for 27 years (19__-__). Fred had at least five publications and belonged to Sigma Fi Research Society, Phi Lambda Epsilon, Chemistry Honorary. Fred also organized Bridge to Equality for many years.  Fred liked engines and speed:  he collected 1968 Cadillacs and he was into anything “trains”.