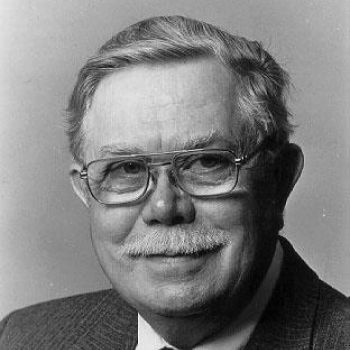 Robert Raymond Russell, Rolla, passed away Friday, February 12, 2010 at Presbyterian Manor of Rolla.  He was 89.  He was born July 3, 1920 on Lummi Island, Washington to William Henry Russell and Ethel Emily (Davis) Russell.  While still a toddler, his father died as a result of a sawmill accident.  Consequently, the family relocated to Independence, Missouri, where he spent the rest of his boyhood.  In addition to his parents, he was predeceased by his wife Dr. Barbara Russell, a Rolla pediatrician, in 1993, and by his two older brothers, Orrin and William.  He is survived by his three sons and their families, Dr. John M. Russell and wife Janet of West Roxbury, MA and their children, Robert and Elizabeth of Philadelphia, PA; James A. Russell and wife Carol Heddinghaus and daughter Iris, of Rolla; and Bruce Russell and wife Katherine Cook of Rolla.  In addition to his immediate family, those left to mourn his loss include several nieces, nephews and in-laws of Lake Ozark and of the state of Michigan, along with many, many friends.

Following high school graduation, Dr. Russell attended Graceland College in Lamoni, Iowa, where he earned an associate degree.  He continued his education at the University of Kansas and earned his bachelors, masters and doctoral degrees in chemistry.  While a student at Kansas University, he met and on August 13, 1943, married Barbara Lee Edmonds.  While at K. U., Bob worked as a research assistant for the Kansas Industrial Development Commission and was a consultant to Skelly Oil Company.

Dr. Russell joined the Missouri School of Mines (MSM) faculty in 1948 as an assistant professor of chemistry in the Chemistry-Chemical Engineering Department.  He taught undergraduate and graduate courses in organic chemistry until his retirement in 1985.  He had the distinction of being the research advisor for the first Ph.D. recipient from the chemistry department, Dr. Robert Steinkamp.

He was a member of the American Chemical Society, the American Association for the Advancement of Science and the honor societies of Phi Lambda Upsilon and Sigma Xi.  He served for several years as treasurer of the Foundation for Chemical Research and was elected to the Academy of Chemists and Biochemists.  He was a member and elder of the Community of Christ church, having served for many years as its pastor.  He served several terms on the Rolla Board of Education during the 1960’s and 1970’s, serving as its president for a number of years.

Dr. Russell, along with his wife, was also an active supporter of many local charitable and civic organizations and causes.  Together, they founded the Russell House, a safe shelter for women and children.  He enjoyed good jokes and bad puns, limericks and short poems, and could almost always produce one at will.  If you had the patience to listen to one of his many “shaggy dog” stories, you were rewarded by the ending which was usually hilarious and helped to make your day.  Following retirement, he pursued several business interests and tended his cattle ranch.  He continued his charitable work and devoted a good deal of time and money to the Russell House and established a Missouri S&T Unrestricted Scholarship Fund.

Professor Russell will live on in the hearts and the minds of his students, family, friends and colleagues at MSM/UMR/Missouri S&T.

We request that this Memorial Resolution be incorporated into the official minutes of the Missouri S&T Faculty Meeting of May 4, 2010, and a copy be presented to his children.

The Faculty of the Department of Chemistry